Superfoods give you the bonus of extra nutrients and antioxidants. And some of them meet with wider appeal than others. (For instance, kale seems to go on recall A LOT) Blueberries are one of the most popular superfoods. They’re small, sweet, low in calories, high in fiber, and they work with EVERYTHING. You can snack on them raw without feeling guilty. Or you can mix them in oatmeal, smoothies, or yogurt for breakfast. They don’t seem out of place in summer salads. And you can even work blueberries into desserts! (No one’s put kale into a dessert yet) That versatility probably has you wondering whether it’s okay if dogs eat blueberries. And it’s fine! These little fruits are safe summer treats for canines – as long as you’re careful.

Vaccinium spp. are North American shrubs that produce blue or purple berries. (You also find bilberries, cranberries, and huckleberries in the same genus) The berries show up year after year – provided they’re cared for properly. In the early days of the country, New England whalers used blueberries as a source of dye. Of course, now people enjoy them as snacks (though they work nicely as a dye, if you’ve ever looked at your fingers after snacking).

While higher in calories than watermelon, blueberries provide plenty of health benefits. They don’t contain the same water content, leaving room for extra fiber, vitamins, and nutrients. This is why they’re such a powerhouse in a tiny package. A 1 cup serving of raw blueberries contains:

And fat? Try a measly 0.5g! But that isn’t why people flock to mix blueberries into their diet. What people want are the phytochemicals. Phytochemicals are plant-based compounds that provide the blueberries with protection against bacteria and viruses. And they behave as antioxidants in humans AND canines. When dogs eat blueberries, they gain protection against free radicals in their bodies. Free radicals can lead to cellular damage. Blueberries also have anthocyanins. Anthocyanins give the berries their distinctive blue color. But the natural plant compound is also another antioxidant. These natural plant chemicals give blueberries their superfood status.

So can dogs eat blueberries? You bet! These little blue powerhouses provide canines with PLENTY of health benefits – and there are studies to back up the claims. In 2002, scientists looked at antioxidant repair in the canine brain. Dogs fed diets that included antioxidants – such as blueberries – showed a slow in the development of cognitive dysfunction (canine dementia). And in 2006, another study focused on sled dogs eating blueberries following their exercise routine. The vitamins and minerals – and probably the antioxidants – allowed the dogs to recover MUCH faster. Their muscles benefited from the addition of the berries to their diet.

Many dog food diets for active dogs include blueberries. The superfood blends support muscle recovery, boost the immune system, and improve brain health. And you get the same results when you offer these blue fruits as a snack. But there are a few warnings that come with blueberries. So hold off on planting a row of shrubs just yet.

One of the most amazing things about blueberries is how something so small holds so much. Unhappily, that’s the kicker: they’re TINY. And while a giant breed dog can inhale a blueberry without a problem, they pose a choking hazard for smaller breeds. Where, ordinarily, you may not think you need to cut them up when dogs eat blueberries, the size of your pup may dictate otherwise.

Also, blueberries ARE superfoods, but they’re also fruits. And fruits contain natural sugars (14.7g in this case). It’s tempting to offer your dog an entire bowl so you can pack on the antioxidants, but that’s too much sugar for a pup to handle. A few blueberries here and there are fine, but don’t make them part of the regular rotation unless you want to put your dog at risk for diabetes. You may want to consider rotating in a lower-sugar fruit instead.

You’ll also want to ration amounts due to the blueberry’s fiber content (3.6g). Fiber’s healthy for dogs (and us), but if you go overboard, you’ll end up with one sick canine. They’ll come down with bouts of diarrhea. This is of particular concern if you plant blueberries in your yard. Once dogs get a taste for blueberries – and learn they’re safe snacks – they often help themselves. Make sure you set up barriers to prevent gorging.

You know it’s okay for dogs to eat blueberries, but you want to do so safely. What’s the best way? First, skip ANY baked goods. They’re going to contain too much sugar. And they may not have blueberries at all. Sometimes companies use artificial blueberry flavoring. It TASTES like blueberry, but you don’t get ANY superfood benefits. And NO blueberry yogurt. The sugar levels are much too high.

It IS okay when dogs eat blueberries without any special preparation. (Well, other than a quick rinse, of course) As long as you make sure your dog won’t choke on the berry, you’re in the clear. If you have a tiny pup, consider cutting the blueberry into pieces. You won’t change any of the health benefits – promise.

You WILL want to portion out how many blueberries you allow your dog to snack on. As a general rule, dog treat calories shouldn’t make up more than 10% of their diet. Once you’ve calculated that amount for your dog’s size, you know how many berries it’s okay to offer. And if you’re giving blueberries, skip other treats.

Nothing’s better during the summer than a frozen treat. Obviously, a frozen blueberry still presents a choking hazard, but you can make a frozen blueberry treat that’s safe for any size canine to enjoy. Puree the berries and mix them with PLAIN non-fat yogurt or water. Then pour the mixture into an ice cube tray (or other mold). Ta-dah! Instant frozen blueberry snack. If you use yogurt, offer the treats on occasion as dogs and dairy don’t always mix.

You’d like your dog to eat blueberries, but you’re worried about the choking concern. No problem! Simply take the amount of blueberries you want to offer and mash them into a soft, chunky paste. Then you can mix it into their food or offer it in a bowl on its own. Your dog still gets the same superfood punch – worry-free!

Blueberries earned their spot on the superfood list with plenty of other nutrient-dense options. And with their ability to keep minds and muscles healthy, it’s not a problem for dogs to eat blueberries. As long as you mind possible choking hazards – and watch those portion sizes – your dog can savor this summer treat. Everyone will stay healthy and enjoy a guilt-free snack! 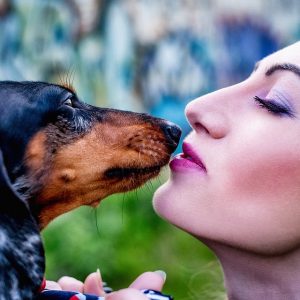 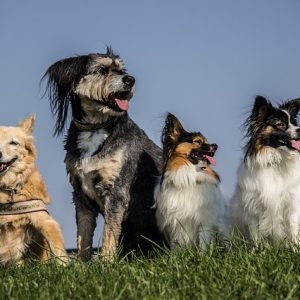 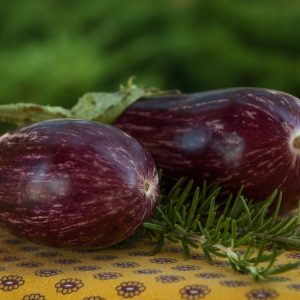 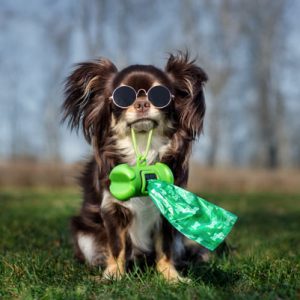 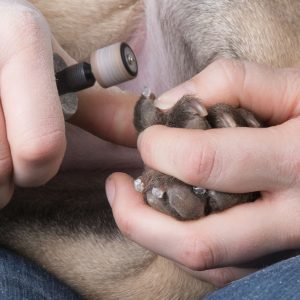 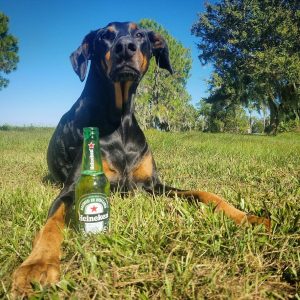 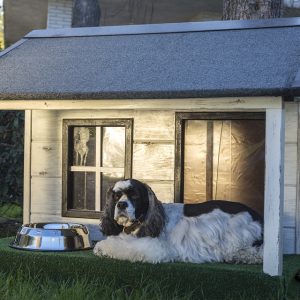 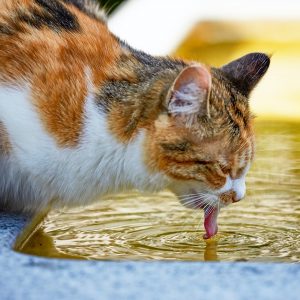 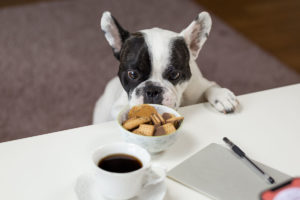 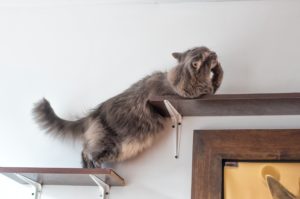 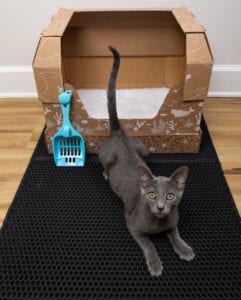 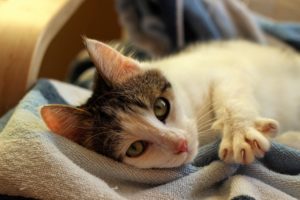