Hi!  My name is Harrison and I’m a founder and contributor for Bone & Yarn.  Richard and I started this site because we love pets and the joy that they bring to our lives.  We started Bone & Yarn with the vision of spreading that joy to others through pet advice, news, and, of course, cute pictures!

I had a giant schnauzer, Greta, growing up.  When she died I was old enough that my parents weren’t willing to get a new pet because they knew that they would be taking care of it while I was off in college and working. 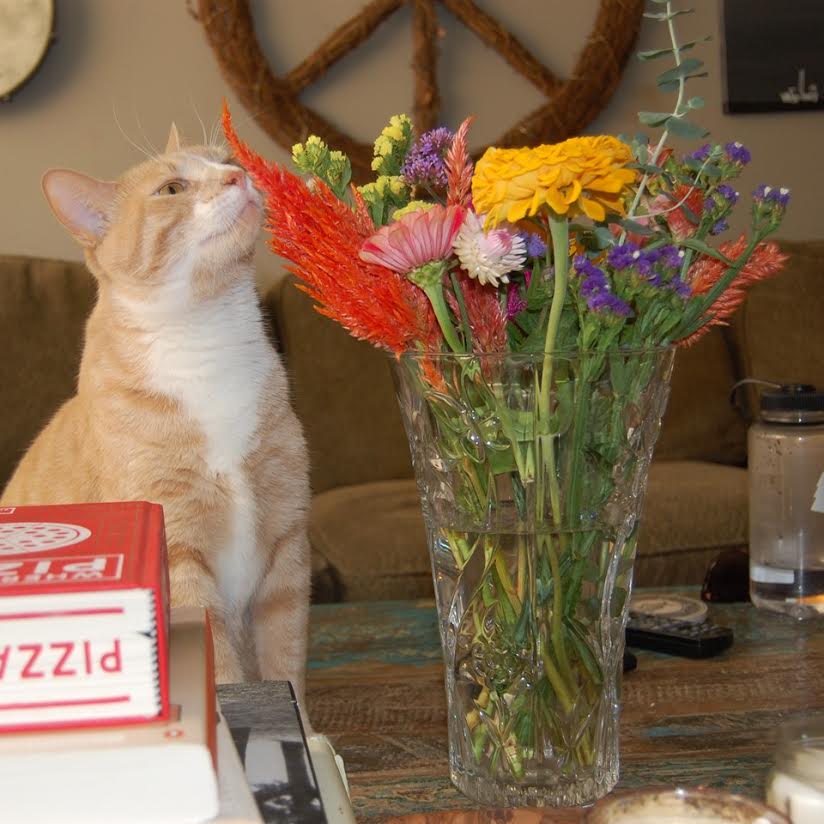 Once I got my own place in New York City, I didn’t have the space or time to have a dog so settled on getting a cat.  My girlfriend and I didn’t want to get a kitten because we knew older cats often sit in cages waiting for adoption and then face terrible consequences if they aren’t taken home by someone.

When we first saw Ludlow in a cage at KittyKind in Union Square, we knew we had to get him!  He was a two-year-old polydactyl cat (fancy word for a cat with an extra toe!).  He was found wandering the streets on the Lower East Side of NYC and had been in a cage waiting to be adopted for almost four months!  He must’ve run away from his owner and wasn’t able to find his way home because he already had all of his shots and was neutered. 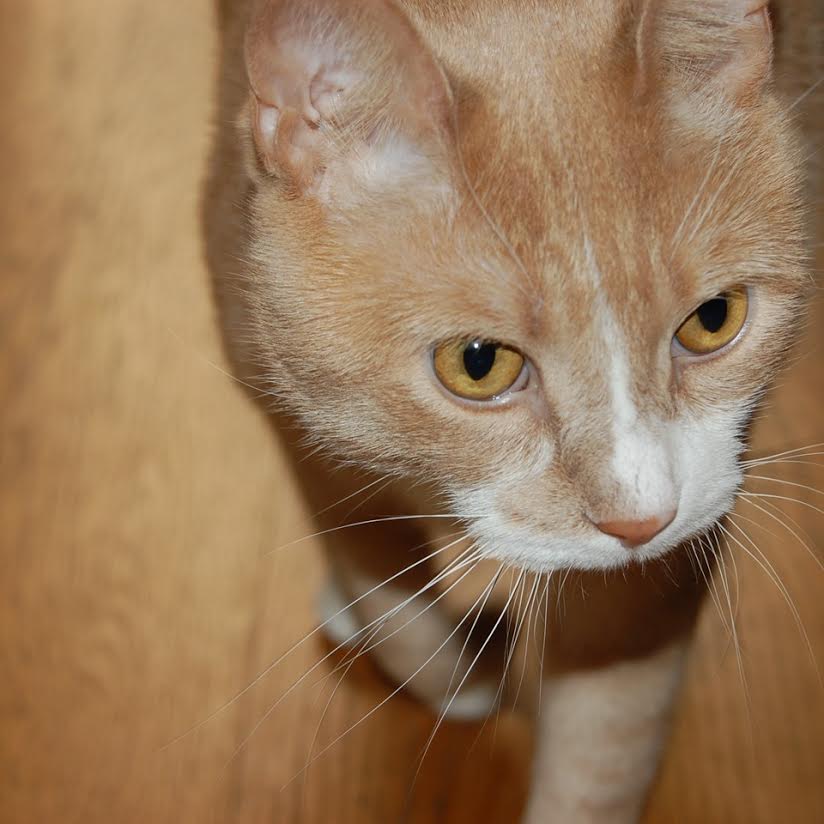 We don’t know what his original name was and the KittyKind people had named him Ernest because Ernest Hemingway was famous for owning polydactyl cats. We decided to name him Ludlow since that is a street on the Lower East Side where we imagined he used to roam.

Ludlow is extremely energetic and outgoing.  He loves sneaking out into our
apartment hallway every time we open the door and pawing at the food on our plates when we are eating.  He even has an amazing Instagram account @ludlowthecat where he documents all of his exploits!

Hi! My name is Richard and I’m also a founder and contributor for Bone & Yarn. If you couldn’t tell, we here at Bone & Yarn are pet lovers and I’d like to introduce you to my pet, Rooney.

Rooney is a pu 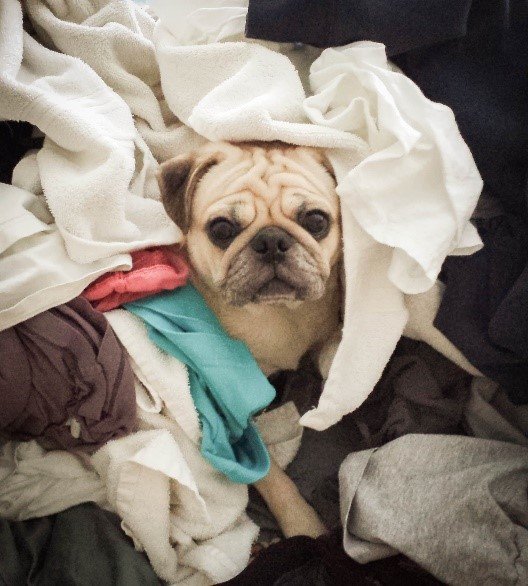 g I met in New Jersey in 2009. He was the runt of his litter and had a scar on his forehead from getting beaten up by his sister. All his brothers and sisters were taken by others and he was the only one left.

I fell in love with him as soon as I met him. We were in a backyard of the breeder’s house when she brought him out. When he was let out of his cage, he ran towards me and would not stop licking my face and wagging his tail. He would run in circles then wait for me to pet him and run in circles again. I couldn’t wipe the smile off of my face.

On the car ride to the pet store, I mulled over names and landed on Rooney. I’m a Manchester United fan (this is a soccer team in England) and Rooney is one of their star players. Other options were Tofu and Messi, but Rooney felt right.

Once we arrived at the pet store, I was overwhelmed as a first time dog owner. I filled my cart with to the brim with some usef 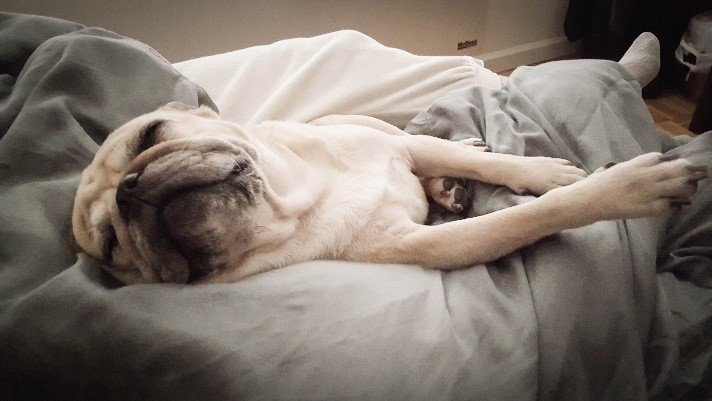 ul, and many useless items. For those who are new owners, we will help guide you through a confusing array of products and identify those you truly need in this blog.

When I took him home, my girlfriend (now wife), who did not know I was bringing Rooney home, fell in love with him immediately.

Throughout the years, Rooney has made us smile, laugh, cry, tear our hair out, and indescribably happy. I wouldn’t change our years together with Rooney with anything and we love him.

Ashley Brewer is from beautiful and green Portland, Oregon. Writing has been her passion since she first wrote her own children’s book at the age of 6 years old – “Attack of the Killer Clothespins.” Ashley has always been in love with animals of all kinds since she can remember. Growing up with Labrador Retrievers and Tabby cats, she currently has a black cat whom she adores – named Mr. Beep Boop. Going by the nickname “Ash”, she has been writing professionally for over a decade with a focus mainly on pets and travel. When she’s not writing, traveling, or hanging with Mr. Beep Boop you can find Ashley camping or hiking with her husband in the gorgeous Pacific Northwest.

Cubs? Cleveland? No, a Cat is the Best Story of the World Series

What Does it Mean When a Dog’s Nose is Dry?

Automatic Water Bowls for Dogs of Every Kind

The Best Dog Hiking Boots to Cushion Your Pup’s Paws

Forget the Olympics, the Petlympics are here